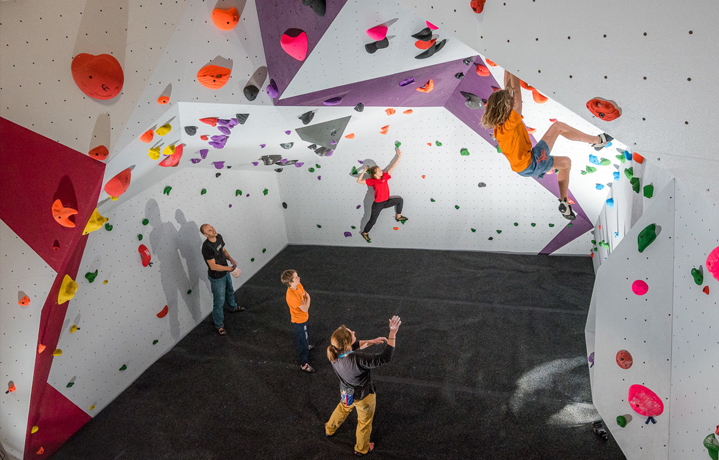 Due to uncertainty around the effect of Covid-19 on the ability for gyms to be open and/or host events, we are making a few changes to NiBS this year. Firstly, NiBS 2020 won’t be a ‘series’, rather a collection of local events. At the NZAC we don’t feel it’s appropriate to encourage nationwide travel so don’t book plane your tickets! We have postponed the Queenstown round to the 19th September, and all events will proceed at the planned dates as long as the gyms are happy that they can run within the safe operating guidelines at the time. We’ll try and confirm each event at least two weeks before it runs. Stay safe and stay awesome!
May 21, 2018
Uncategorised

Round 1 of NiBS 2018 smashed all sorts of attendance records, most male entries, most female entries and (well, duh) most total entries for any NiBS event ever. Ever! Go the Mount!

What’s up now, Wellington, Hamilton and Christchurch? The gauntlet has been most enthusiastically thrown down by Rob, Carla & co at Rocktopia. Of course Hangdog is putting on three rounds and if they keep their records of selling out all events they might top the 123 entries of round 1 (register now if you haven’t already).

Huge turnouts in all categories, with the class of ’83 joining the Masters this year giving defending champs Zane Bray and Maree McCandlish something to think about. More female 35+ competitors in round 1 than in all of 2017 combined!

Panmure sets up a scorcher final round in Christchurch

It’s all still up in the air with four of the five categories still ripe for the picking in the final round in Christchurch on August 13th!

In an event characterised by some fantastic routesetting, Cirrus Tan and Daniel Krippner took podium honours to leap into contention in the title race. Victoria Alexander and  Lans Hansen still top the table but since the series score is your top three events they’ll have to put in strong showings to maintain that lead. Sarah Hay, Emma Lovegrove, Sam Munday and Craig Houston are all still in the running. It’s going to be the closest series final ever!

The U18 Female category is too close to call with Lucy, Lea, Jasmine and Isabella all able to take the series, and while Sam has a strong hold on the U18 Male, Oliver and Tom are close on his heels. Only the Masters is wrapped up with Mike Kumar’s two wins and a fourth putting him just out of reach of Stephan Brucher. Of course Mike is still expected to come down and prove his dominance in a traditionally staunch Master’s field in Castle Hill country…..

So, North Islanders, book your tickets to Christchurch now! This will be an event not to be missed. Take a couple of days off and head up to Flock while you’re at it eh.

A massive thanks is due to Sabrina Street and her team for running a fantastic Round 3 at the Extreme Edge in Panmure, and head forerunner Beast Kong. Full results are viewable online here.

2016 NiBS on track to be biggest ever

The first two rounds of the NZAC National Indoor Bouldering Series have been breaking attendance records across all categories with the advent of the new two-main-round system.

It’s been all hype and all substance with great probs and tense finals. Check out the results after round two here, and we’ll see you at Extreme Edge Panmure on Saturday July 2nd!

Starting from 2016, competitors can choose from one of two main rounds:

Here are the results from the 2015 NiBS. Thanks once again to everyone who made this happen – the organisers, the setters, and the sponsors: Bivouac Outdoor, ChalkyDigits and Uprising Climbing Holds. And to you, the awesome people who came along and had some fun.
This goes out to everyone who thought they were falling, threw for the hold anyway, and stuck it. You’re rad. See ya next year!

What a way to round out the 2015 NZAC National Indoor Bouldering Series – with the biggest and most exciting NiBS event yet! Zane, Sabrina, Chris, Joe and the team put on an extra special night, and it was great to be able to share the hype with the nation: Sky Sport went all out with their 1hr special live coverage. It was a hard-fought battle, and in the end the Gatland guns once again came through with the heavy artillery when it came to crunch time.
Sarah Hay and Fabbrizio Facchini took pole position after dominating the main round, but were usurped by siblings Erica and Chase ahead of Christchurch’s round one champs Cirrus Tan and Matt Corbishley.
It was high tension and high problems, and an exciting end to a fantastic (and at times surreal) series. Thanks to everyone who made it possible, the organisers, routesetters, gym staff and most importantly: you!
Keep posted for the full series results.

Showdown at the Tron

It was a strong turnout at Ex Edge Hamilton for round three of the NiBS – great to see so many people representing from out-of-town! Erica Gatland took a significant step towards defending her title with another win, although Sarah Hay could still take overtake her in the final round. It’s wide open in the men’s field though, with at least 10 strongmen who could take the series title out. Young Cornah remains top of the table but Zane Bray has leapfrogged into second place eyeing a shock series double with the Masters division already in the bag.
The dark horse is certainly Francois Quintard – the Hamilton-based French crusher who took podium honour on adopted home soil (plastic?). Will he head to Auckland to snatch the series with a second win? Will Fabrizio take it for Italia? Will one of the South Island lads rampage their way up or will Zane defend the valour of Ex Edge Panmure?
Make sure you’re at Round 4 – it’s going to be a scorcher!

It’s been a packed first half of the NiBS with round one at The Roxx once again breaking the attendance record (what’s up now Auckland?) and the Hangdog crew having to put a second night on as they sold out a month in advance!
At the top of the Women’s leaderboard it’s an epic battle with podium honours being shared by Erica Gatland, Cirrus Tan and Sarah Hay at both events. Erica is ahead by a couple of points but with two rounds to go anything could happen. Out of the men it’s young upstart Josh Cornah taking top spot in both the U18 and open categories so far, but will event winners Matt Corbishley and Fabrizio Facchini step up as we head north to Hamilton and Auckland?
The U18 Female category has been dominated by Shania Gibson going two-from-two, and Master Zane Bray is looking touch to beat in his category.
Cheers to all the hardworking organisers especially Nic Harvey and Ben Sowman, and the routesetting teams led by Joe Ward and Zac Keegan